The burning of fossil fuels accounts for more than 80% of global CO 2 emissions, which are the main contributors to climate change. According to the World Economic Forum, climate change poses existential risks to humanity and requires urgent action. The Paris Climate Agreement seeks to limit global warming by requiring countries to reduce CO 2 emissions to zero by 2050.

We hosted Professor Myles Allen, the University of Oxford’s physicist behind net-zero and one of the co-authors of the UN Climate report to discuss the implications of net-zero for the fossil fuel industry and companies such as Sasol, Exarro and Thungela Resources.

Myles Allen developed the methods used by the Intergovernmental Panel on Climate Change (IPCC) to quantify the size of human influence on observed and projected changes in global temperature. He founded the climateprediction.net project, enabling members of the public to volunteer computing resources to run the world’s largest climate modeling experiments. He was awarded the Appleton Medal and Prize from the Institute of Physics “for his important contributions to the detection and attribution of human influence on climate and quantifying uncertainty in climate predictions.”

Myles is the Professor of Geosystem Science in the School of Geography and the Environment, Head of the Climate Dynamics Group in the Department of Physics, as well as Lead Researcher on the Oxford Martin Net Zero Carbon Investment Initiative, among other programmes, at Oxford University. 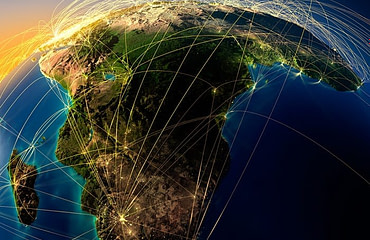 How can African countries build better and stronger economies post the Covid-19 pandemic?

Sir Paul Collier, Professor of Economics and Public Policy Blavatnik School of Government, University of Oxford, and a Director of the Internatio...

We use cookies on our website to give you the most relevant experience by remembering your preferences and repeat visits. By clicking “Accept”, you consent to the use of ALL the cookies.
Cookie settingsACCEPT
Manage consent

This website uses cookies to improve your experience while you navigate through the website. Out of these, the cookies that are categorized as necessary are stored on your browser as they are essential for the working of basic functionalities of the website. We also use third-party cookies that help us analyze and understand how you use this website. These cookies will be stored in your browser only with your consent. You also have the option to opt-out of these cookies. But opting out of some of these cookies may affect your browsing experience.
Necessary Always Enabled
Necessary cookies are absolutely essential for the website to function properly. This category only includes cookies that ensures basic functionalities and security features of the website. These cookies do not store any personal information.
Non-necessary
Any cookies that may not be particularly necessary for the website to function and is used specifically to collect user personal data via analytics, ads, other embedded contents are termed as non-necessary cookies. It is mandatory to procure user consent prior to running these cookies on your website.
SAVE & ACCEPT
Log In Register Reset your possword